What is Bipolar Disorder?

Bipolar I is defined by the occurrence of at least one manic episode. You may develop hypomanic or major significant depressive episodes before and after the manic episode. This type of bipolar disorder affects men and women the same.

An individual with cyclothymia will have regular episodes of hypomania and depression. These symptoms are shorter and less severe than the other types of Bipolar. Most people with this condition only experience a month or two at a time where their moods are stable.

Knowledge surrounding mental health including bipolar disorder is on the increase, but even with this progress by doctors in understanding and perception, obtaining fitting plans of treatment can be tricky. While it is more widely recognised for its pain-relieving, anti-inflammatory qualities, CBD oil is now being examined for its possible benefits for managing mood episodes.

Can CBD get you high?

CBD is closely associated with cannabis. Knowledge of cannabis is more in depth for treating mental disease and is used by many. Patients who consume cannabis or marijuana for medical purposes will not have the THC removed which is the part that most people recognised cannabis for. The High feeling. CBD has virtually no trace of THC. But is CBD medically able to help mental health disease sufferers?

Described by periodic peaks and dips of intense feelings called as mania and severe depressive episodes, bipolar disorder will affect 4.4% of people in their lifetimes. While manic incidents can be followed by inappropriate actions, impulsive reactions, and insomnia, depressive episodes can make the victim overwhelmed by hopelessness, worthlessness, and possibly suicidal.

The most well-known approaches to bipolar therapy include medications, but adopting CBD oil for bipolar disorder may be worth investigating.

There are 3 main symptoms that can occur with bipolar disorder: mania, hypomania, and depression.

While experiencing mania, a person with bipolar disorder may feel an emotional high. They can feel excited, impulsive, euphoric, and full of energy.

During manic episodes, they may also engage in activity such as:

Hypomania is a common factor of bipolar II disorder. It’s similar to mania, but it’s not as severe. Unlike mania, hypomania may not result in any trouble at work, school, or with family and social relationships. However, people with hypomania still have significant mood changes.

During an episode of depression you may suffer from:

Although it’s not a rare condition, bipolar disorder is a mental health disease can be hard to diagnose because of its varied symptoms. It will seriously affect the patients life. Many people to not get the adequate healthcare they need to help with trigger factors and recovery. Having a depressive episode free life is not always easy. Methods of relief are limited.

Is CBD good for bipolar disorder?

There are no clinical trials on the links between bipolar disorder and the use of cannabinoids. But a review on the topic suggested that based on what we do know, “cannabidiol (CBD) may exert sedative, hypnotic, anxiolytic, antidepressant, antipsychotic and anticonvulsant effects.”

CBD is well known as an active remedy for inflammation. There is also much evidence of CBD being a quality alternative medicine for diseases like chronic pain, anxiety, depression, sleep disorders and much more. Already identified to produce improvement in mood and reduce depression, CBD oil may also be used to manage and control bipolar disorder’s behaviour by its impact on the endocannabinoid system. Elements like tetrahydrocannabinol (THC) and cannabidiol (CBD), are the plant version of the endocannabinoids naturally produced by your body’s endocannabinoid system. Cannabinoids, whether created by cannabis or your body, can affect CB1 and CB2 receptors directly and indirectly. So we can say is CBD good for bipolar disorder, the answer may be yes due to its effects on mood.

Various investigations by physicians have connected changes in the endocannabinoid system with mental health, this has demonstrated that CBD oil may treat and support. One such study was carried out in Italy that studied the CB1 receptor in patients who had extreme depression or bipolar disorder and a healthy test group. While the outcomes were not notable enough to draw a conclusive result, the study stated that variations in the endocannabinoid system “may contribute to the susceptibility to mood disorders.” CBD acts in a way that elevates the amount of endocannabinoid in the system to attain homeostasis, which could give a stronger mental state. CBD along with other therapies may help with the management of mental health issues.

CBD did not present the same encouraging influence on manic episodes.

In one current review , researchers investigated the outcomes of CBD on two sufferers with bipolar affective disorder. Both bipolar patients were administered a placebo for the first five days of the investigation and CBD for days 6-30. On days 6-20, the first patient was additionally given a dose of olanzapine. On day 31, CBD was stopped, and both were given a placebo for five more days. The first patient, who was also administered olanzapine, showed a positive change in her symptoms while using both medicines and encountered no improvements during the placebo and CBD tests. The second patients data showed no improved symptom changes.

So, CBD oil may hold the most significant potential for managing the depressive faction of manic depressive rates.

Sadly, most medication treatments for bipolar disorder is limited. While prescription medicines, combined with psychotherapy, can help a large number of people over time, many others find their condition is immune to medication.

CBD oil is obtaining traction in medical services for its use in treating mental illness. The most common medicines prescribed to patients with bipolar disorder are still antidepressants, mood stabilisers, and anti-manic or hypomanic drugs.

Analysis has revealed that antidepressants can raise the probability of periods of mania and rapid cycling, which is why mood stabilisers are often prescribed in combination with these medicines. While effective for some, this cocktail of medications leaves others experiencing adverse side effects to contend with on top of their condition, as outlined in the chart below.

If you’re contemplating combining CBD oil to your bipolar medication plan, you must talk to your GP and follow the potential drug interactions shown in the table below in mind.

This why we always stress you should consult your GP before trying CBD products.

If you’re unsatisfied with the way you are managing your bipolar disorder, it is worth talking to a medical expert to see if CBD oil could help.

While it is commonly well tolerated by individuals, CBD oil can interact with some medicines, including antidepressants, so you must first seek professional medical advice. There is definitely a positive role CBD oil has to play in a therapeutic response to Bipolar and other mood effected disorders.

There is no one measurement fits all answer when it comes to CBD oil dosages. What serves for one person will not be what works for another. We recommend starting with the lowest recommended dose for your CBD oil product and slowly building on the dosage if required. 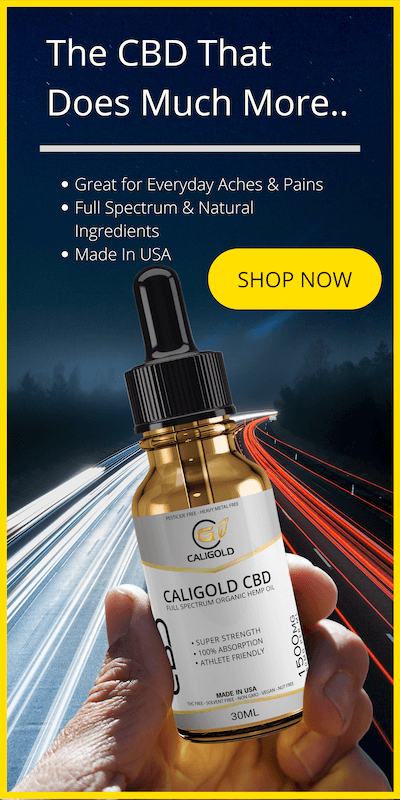